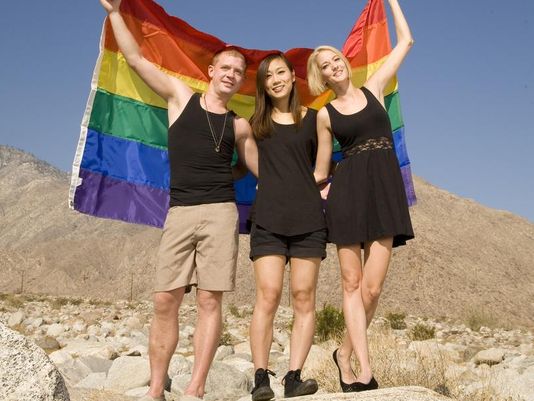 All young Lesbian, Gay, Bisexual, Trans* & Intersex, LGBTI, people have the right to grow up in safe and welcoming environments, where they can develop their personalities and talents respectfully of their individualities.

The International Day Against Homophobia and Transphobia (IDAHOT),  will provide an opportunity to collectively amplify the message that what young people really need to be protected from is homo/trans/bi-phobia.

Read the full briefing below and join us for action !

Unfortunately research[1] leaves no doubts about the exposure of young people to homophobia, transphobia, and biphobia. Fromby’s.[2] (2013) research on the impact of homophobic and transphobic bullying on education and employment paints alarming figures, as 47% of respondents experienced threats or intimidation in school. This exposure to homo/trans/bi-phobia often comes along with tragic consequences, including lifelong trauma, self-stigma, self-harm, and in some cases suicide. The Trevor Project[3] states that “LGB youth are four times more likely, and questioning youth are three times more likely, to attempt suicide as their straight peers”, and Fromby (2013) found that 1/3 of respondents had thought about suicide. The figures for Trans* youth are higher as “nearly half of young transgender people have seriously thought about taking their lives, and one quarter report having made a suicide attempt.” (The Trevor Project).
It is therefore clear that LGBTI youth face specific challenges in access to health and education. Particular health issues of concern for LGBTI youth are mental health & wellbeing, substance abuse, sexual and reproductive health and wellbeing, and eating disorders (IGLYO, 2013) [4]. Everyone has the right to education[5], and it is important that this is as stated in the Yogykarta principles[6] without discrimination on the basis of, and taking into account, sexual orientation and gender identity. As a reaction to homo/trans/bi-phobia in education, LGBT youth isolate themselves and struggle to find motivation to participate actively in their schools (Fromby, 2013). It is therefore important to have adequate student support systems, to make use of systematic data collection, to employ multilevel policies and for school staff to attend training about homophobic and transphobic bullying (IGLYO, 2014)[7].
Young people are specifically at high risk of being exposed to homophobic, transphobic or biphobic attitudes and expressions within the family, educational institutions and social/recreational settings. These are places where homo/trans/bi-phobic attitudes in young people are predominantly shaped, leading young people to exert psychological and physical violence against peers perceived to be LGBTI. These settings therefore bear a strong responsibility in ensuring that young people are protected from bullying, intimidation, and other forms of psychological or physical violence.
Thankfully, global communications facilitate the access to diversified information and young people’s attitudes tend to shift increasingly towards more acceptance of sexual and gender diversities, but conservative forces have been busy, and partly successful, in claiming back family and educational settings as channels of homo/trans/biphobia rather than emancipation and protection. Building their case on the fact that young people need to be “protected” from being exposed to “non-traditional” or “immoral” sexualities or expressions of gender.

The International Day Against Homophobia and Transphobia (IDAHOT), which as from 2015 will become The International Day Against Homophobia, Transphobia & Biphobia, will provide an opportunity to collectively amplify the message that what young people really need to be protected from is homo/trans/bi-phobia.
The International Day Against Homophobia and Transphobia is celebrated annually on May 17. In 2014, mobilization has been reported in 124 countries worldwide, generating over 1,600 actions and involving over 1,200 associations. Over the years, IDAHO has received attention from a very large range of institutions, including most UN agencies, and has received official recognition from the European Parliament, numerous States and countless local authorities across the world.
The IDAHOT 2015 global focus on YOUTH will create an unprecedented opportunity for activists and their allies at all levels to highlight existing initiatives and amplify their visibility. In 2014, the Day generated unprecedented visibility in the media and on social networks[8] . This global focus is also bound to create momentum for new initiatives from LGBTI groups and their allies. Last year, the call for action on freedom of expression lead to specific mobilizations in 66 countries, sending a powerful message to leaders and decision makers around the world. The 2015 focus will also act as an incentive to get new stakeholders engaged into the defense of the rights of young LGBT people, especially the educational communities and the families. Beyond their respective individual impacts, the actions will collectively contribute to amplifying the global trend towards full acceptance of sexual and gender diversities.
Young people are the most powerful drivers of change. This is a unique opportunity for young LGBTI people and their allies around the world to raise their voices, as well as combine their efforts and resources to combat homo/trans/bi-phobia at all levels.

How can you join & take part?
At this early stage, we are inviting all interested organisations to join us in strategic discussions on how to create a powerful global mobilization next year.
If you work with/for LGBTI Youth, or if you are otherwise interested in joining the action, please write to contact@dayagainsthomophobia.org

To share your ideas and get inspiration for creative campaigning actions, join our special activists’ facebook group at https://www.facebook.com/groups/IDAHOTcreative.protest/.

We look forward to working with you on an exciting new edition of the International Day Against Homophobia, Transphobia & Biphobia!! 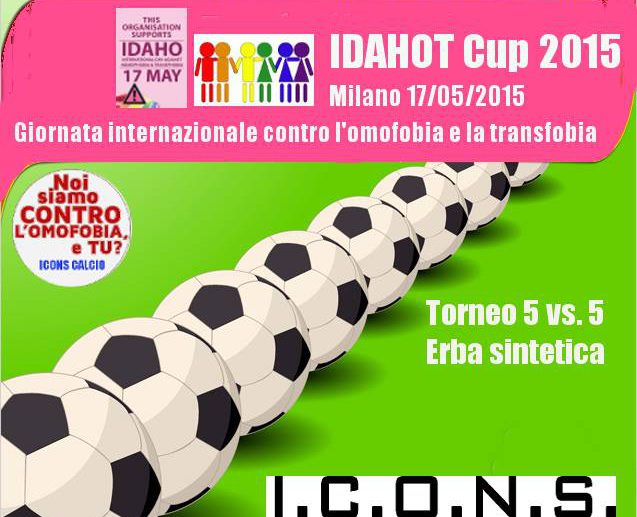