You can help change this!

Join the call to leaders of the world, launched by a large international alliance of Youth organisations.

Signing up to this Thunderclap action will only take you a few seconds. Click here:

I JOIN THE ACTION!

Thunderclap campaigns allow your campaign message to be sent exactly at the same time as all the others. This creates a big “thunder” on social media.

2. You may customize your message with a personal touch, but you don’t have to

You can now choose to start again, using another social media option. The more you participate, the louder the noise

With your help thousands of people from across the world will state that the voices of LGBTQI youth matter and that we stand together for a world without violence and discrimination.

Read the full call for action:
We, LGBTQI (lesbian, gay, bisexual, transgender, queer and intersex) young people, and our allies, are coming together from across the globe to join voices to demand our rights on the International Day against Homophobia, Transphobia and Biphobia (IDAHOT) on 17 May.

Hundreds of thousands of people will be taking to the streets, classrooms, lecture halls and getting online to support the efforts of LGBTQI young people and demand that their rights are universally respected.

As part of this global mobilisation, our alliance of LGBTQI youth networks from around the world and partners are launching a Thunderclap as a call to action for:

Young LGBTQI people often face multiple forms of discrimination because of both age and sexual orientation and/or gender identity. Many of us are:

Thirty-three percent of young LGBTQI people in IGLYO’s recent European research stated that they had considered suicide as a result of bullying experienced in school, and almost half reported that they felt they had fewer friends than other people.
It is very significant, as well, that a national survey in the United States found that 40 percent of the people seeking support from homeless youth service providers identify as young LGB or T and that the numbers have increased in the last ten years.

A study by Youth Voices Count reveals that young LGBTQI people across Asia have to get married to people they don’t love under pressure from family and society, which leads to shame and intense self-stigma. Psychological support for these young people is usually inadequate.

In parts of Africa, but also elsewhere, sexual rights and LGBTQI groups are severely restricted by child-protective laws, making it challenging to openly reach LGBTQI youth.

Unfortunately, the existence of anti-discrimination laws does not necessarily translate into providing adequate public services to young LGBTQI people. Discrimination and violence in many aspects of our lives remain a daily reality. For example, discrimination or the perception of discrimination in healthcare settings can lead to alienation of young LGBTQI people, and an inability to ask for treatment and support. This in turn can have devastating health consequences, leaving LGBTQI youth extremely vulnerable.

Despite the many challenges, young LGBTQI people show incredible power, stamina and resilience. Every day, we act to overcome the discrimination we face in society, we build communities, and we campaign to change hearts, minds, policies and laws. 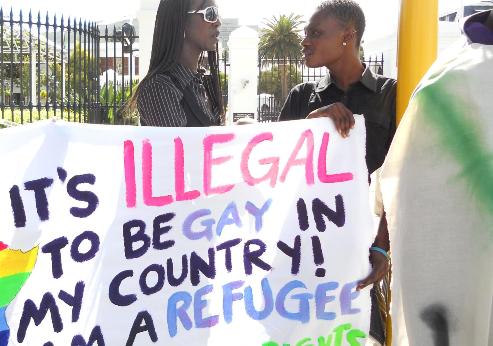 IDAHOT Vigils will be held again in Europe and Latin America