International Transgender Day of Remembrance (TDOR) is a moment for trans communities – as well as their allies, friends and loved ones – to come together to remember, memorialise and honour the lives of those killed in transphobic hate crimes, and at the hands of transphobia in all its forms, worldwide. It is widely regarded as the most significant annual date for trans community actions worldwide. Since the first TDOR event was held on November 20, 1999, the day has grown in both scope and recognition. In 2010, events were held in 185 cities. Hundreds of events are planned this year, spanning at least 20 countries.

We regret to report that in the last 12 months alone, there are – at least – a reported 238 lives to be named, remembered and honoured, at TDOR events around the world. That is according to research published by Transgender Europe (TGEU) and the Transrespect versus Transphobia (TvT) research project, this week. Since January 1st, 2008, 1,374 trans murders have been documented worldwide by the project; more than one every two days.
TDOR events are held annually in November, in honour of the murder of Rita Hester, November 28th, 1998. Actions in response to her death included the Remembering Our Dead web project, a San Francisco candlelight vigil in 1999, and with it, the creation of the Transgender Day of Remembrance. Like most anti-transgender murder cases, writes TDOR.org, Rita Hester’s murder, has yet to be solved.
As much as TDOR is a day, very specifically, for trans communities to come together and to pay their respects, it also serves as an awareness-raising moment, in which LGBT communities, human rights supporters, and the public in general are encouraged to reflect on the extent of transphobic violence and hatred worldwide.
Evidence demonstrates, for example, that – in the great majority of countries for which data exists – trans communities are targeted by violence and hatred on the basis of Sexual Orientation and Gender Identity, at a significantly higher rate than LGBT communities in general.
In Brazil, for example (where 95 of this year’s 238 homicides were concentrated) trans murders constituted50.5% of all lethal hate crimes against LGBT communities in general in 2011/2012, according to a recent report submitted to the Inter-American Court of Human Rights. As the report also underlines, trans people represent an estimated 10% of overall LGBT populations in Brazil. This means, therefore, that the possibility of an individual trans person being killed in a lethal hate crime in Brazil is, at least, 10 times higher than an LGBT person in general.
Furthermore, as the Brazilian report also stresses – and as recent reports from the United States also underscore – trans people of colour represent particularly vulnerable targets for transphobic violence worldwide. In the few countries where statistics are available, evidence shows that trans people of colour, or from ethnic minority backgrounds, often constitute a majority of homicide cases, as racism, transphobia and machismo combine to produce compound effects. This situation was recently characterised as constituting a ‘state of emergency‘, by the New York City Anti-Violence Project, as figures – from the United States – show ‘73.1% of all anti-LGBTQ homicide victims in 2012 were people of color and 53.8% were transgender women‘.
On the eve of November 20, IDAHO Committee Chairperson, Tamara Adrian, took the opportunity to urge honest reflection, on the part of human rights supporters worldwide:
“I hear very often people stating that they promote and respect equal rights for everyone. But how often these same people forget what ‘free and equal’ means, when it comes to dealing with sexual orientation or gender identity. Homophobia and Transphobia are so interiorized and naturalized that it takes a lot to overcome them, even for people trained in human rights issues.”
IDAHO Committee Executive Director, Joel Bedos, added: “TDOR provides a unique, crucial moment in the year to remember the many Trans persons who have been killed. The figures we get are only the tip of the iceberg, as families often hide the motive of the murders, and police forces and justice authorities often don’t have the right frameworks, nor often the will, to report adequately. And beyond the people murdered stand – incredibly strong and proud – hundreds of thousands of individuals worldwide, who daily face physical and psychological violence, often in the most incredibly cruel forms.
Trans people stand at the forefront of the hate that targets us all, not just LGB people, but also all the straight people who are not totally conforming to the rigid norms of what it ‘takes’ to be a man or a woman in our societies. Let us not be blind: the Trans people we remember today were killed because they represent the most visible form of what we all are. There will never be freedom and pride for us all until Transphobia is wiped out.” 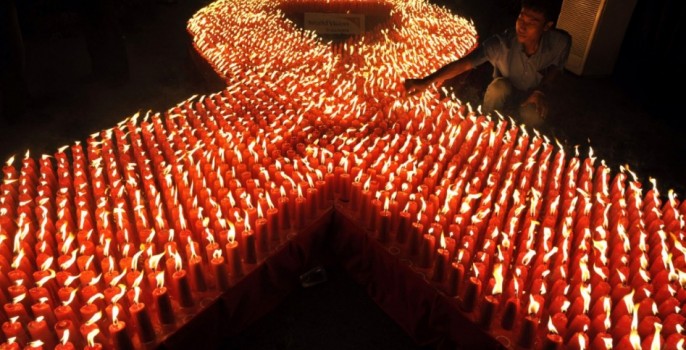