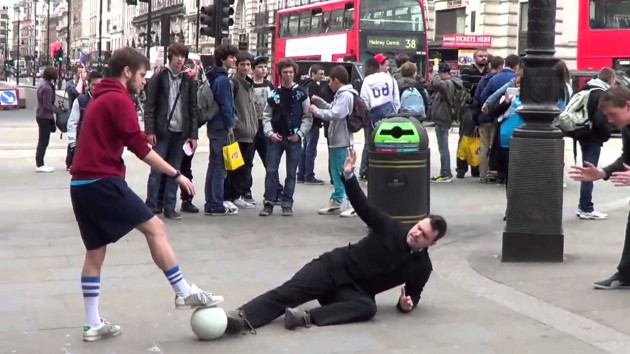 As a form of flash mob or street action, ‘freezing’ actions have been a powerful tool to raise awareness. Many causes and organisations have used this action to address various issues. Thereby, the ways of conducting the freeze action can have different forms, from interaction with the passing audience, symbolizing through positions, theatric play, to name just a few.

One example is the Freeze Action during the Parkinson’s Awareness Week 2013 in London. Through freezing in everyday activities the participants want to inform about the conditions that people with Parkinson’s live with and to highlight the importance of changing attitudes towards them. You can find the video here.
Freezing actions have also been performed for the International Day against Homophobia, Transphobia and Biphobia. In 2012, the social support group for LGBTI youth Zaque held a freeze action in Bridge Mall in Ballarat for IDAHOT where after freezing for 45 min they revealed personalized T-Shirts to raise awareness and celebrate diversity.