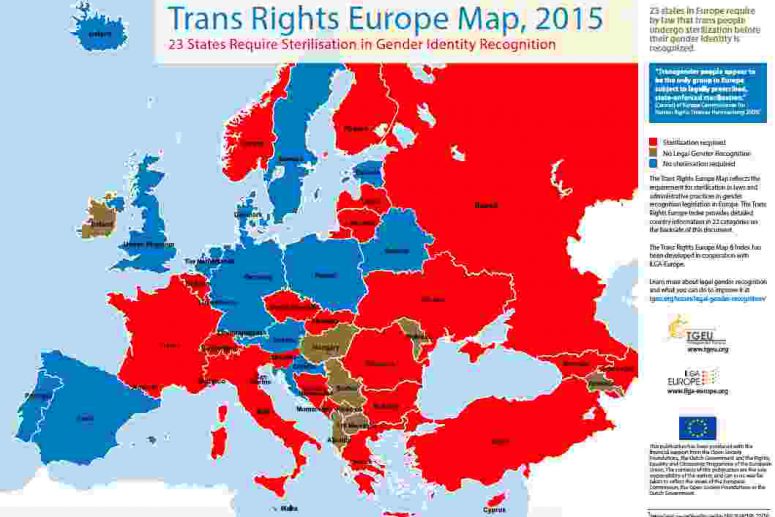 Transgender Europe launches  its Trans Rights Europe Map 2015 at the European IDAHO Forum in Montenegro.
The update reveals a severe lack of protection and recognition for trans people throughout Europe, with only 37 states recognizing a trans person’s gender identity. 23 states require for it a proof of sterilization. Only two countries, Malta and Denmark, do not request a mental health diagnosis.
Non-discrimination, hate crime and asylum legislation on grounds of gender identity and gender expression are widely absent.  Though, on a positive note, in the last year seven states introduced explicit discrimination protection, raising the number to 22. However, a mere third of states (13) in Europe explicitly protects trans people against hate crimes. Whereas, 94 killings of trans and gender-diverse people have been reported in 14 European countries in the last seven years.
At the IDAHO – Forum in Budva, Montenegro, TGEU Executive Director Julia Ehrt urged the 240 representatives of governments, international institutions and civil society:  “A triad of political leadership, legal reform and positive awareness raising measures is urgently needed to improve the living situation of trans people in Europe.”
The 2015 IDAHO theme looks at the dire situation of LGBTI youth. The EU Fundamental Rights Agency identified trans youth as particularly vulnerable for discrimination. TGEU’s Trans Murder Monitoring Project found that 12% of those murdered trans and gender variant persons where the age is known were younger than 20 years. Procedures in 32 European states are only accessible from age of majority, thus excluding young trans people from having their identities recognized. Moreover, the World Health Organization proposes a diagnosis for gender-diverse children before the age of puberty. A label likely to drive stigma and social exclusion.
“Trans youth have the same need and right as their peers to grow up in a supporting and loving environment. But they face a multitude of disadvantages like exclusion, discrimination and violence. Protecting trans and gender-diverse children and youth, e.g. by making legal gender recognition accessible for them and by not labelling them as mentally ill, should be a primary concern for all.” comments Alecs Recher, TGEU Co-Chair.
ENDS

Find this statement attached and online.
Trans Rights Europe Map & Index 2015 are available for download here.
The Trans Murder Monitoring Update IDAHOT 2015 is accessible here.
EU Fundamental Rights Agency’s Report “Being Trans in the EU” (2014) is accessible here.
Transgender Europe is a European human rights NGO working for the human rights and equality of all trans people. More Information: www.tgeu.org
Transgender or Trans is an umbrella term for people whose gender identity or expression differs from the sex assigned to them at birth.
TGEU Senior Policy Officer Richard Köhler is available for interviews and questions and can be reached at:
email: Richard@tgeu.org
phone: +49 (0)177 65 31 518 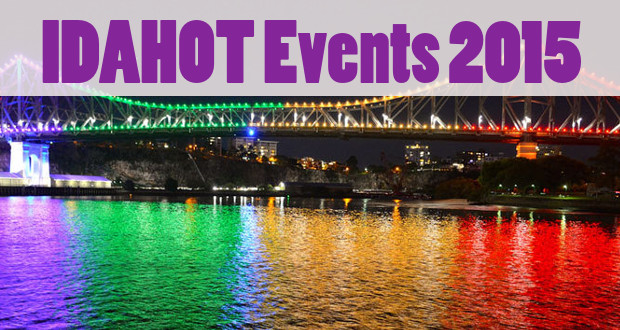